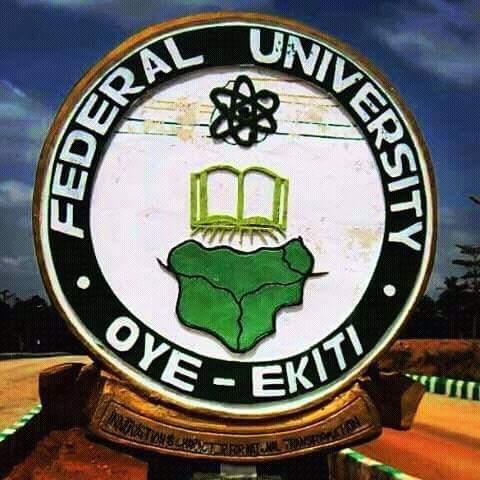 The first SUG manifesto in the federal university Oye ekiti was held Yesterday, The manifesto which gave the aspirants the opportunity to showcase their plans for the entire students of the university.

The students came out in their numbers to witness the manifesto and to hear from the aspirants what they want to offer if elected.

Adeyemi Boluwaji Temitayo was the first aspirants to speak, he's vying for the position of PRO. He promised to ensure the availability of notice board in the faculties in order to disseminate information for the students and to put in place an online medium that will foster the FUOYE information system.

The second aspirants to speak was Oluwole Adekankun Adebanjo who's vying for the position of welfare director.
He stressed the need for adequate and proper welfarism. He also promised he ensures that all the facilities in the school are functioning in order to take care of the students welfare.

Daodu Kayode is vying for the post of treasurer.
He stressed the need for transparency and accountability in the finance of the union body.

Oluralph is contesting for the post of FUOYE-SU assistant general secretary.
He promised to put in measures that gears towards having the union library in order to improve the academic performance of the students.
He further explained that he will collaborate with other excos in order to enhance the well being of the entire FUOYE students.

Adenekan Samson Kehinde is vying for the position of the general secretary of the FUOYE students union.
He promised to go beyond writing the minutes of meetings which is generally accepted as the duty of a general secretary.

His agenda was based on five Marxism which are
Believe- He believes in a united FUOYE, that means unity between Oye and ikole campus.
Cooperation-He stressed the need for cooperation in order to have a sustainable development in FUOYE.
Determination- He determined to be an agent of transformation and not that of transfiguration.
Enthusiasm- He promised to be enthusiastic in his approach to issues.

Fagbemi Odunayo Elijah is the second aspirant vying for the position of general secretary.

He stressed the need for   effective and proper examination system in the school and also to make adequate release in all areas of the union activities.

Fasakin Taiwo Emerald is vying for the position of FUOYE-SU president.
He promised to foster unity among the students and also improve in their welfare and also put in place measures for FUOYE to be a more conducive academic community.
He said he will make sure that there's no delay of results if elected as president of FUOYE-SU.

Alabi Johnson Sunday is also contesting for the position of FUOYE-SU president.

He stressed the need to actualise his vision and dream of FUOYE been a better place.
He promised to carry out various developmental strides in collaboration with other excos.

Other contestants include Noble Lady vying for the position of FUOYE-SU treasurer and Oyinloye Emmanuel vying for director of transport.

In attendance was the Dean Of Students affairs in person of Dr.Adeyemi and Dr.Oni from Ikole campus. Other members of the electoral committee were also around.

We urge all FUOYITES to come out in mass to exercise their franchise of electing the pioneer set of leaders that will oversee the affairs the student union body for the next on year.
The election will be coming up on the 29 of
September 2017.

Your decision is important, which will determine the future of this great institution.

One man one vote
Your vote count
OYEVIBES will continue to update you as it unfolds in the election.