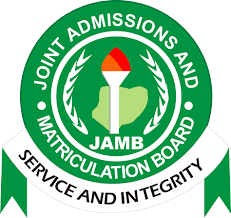 The Joint Admission and Matriculation Board (JAMB) has revealed in the just concluded sensitization programme on CAPS that apart from candidate's JAMB cut-off mark, there are other factors that determines whether a candidates gets admission.

Oloyede said that scoring higher than the minimum cut-off marks did not guarantee admission but made candidates eligible for admission consideration.
Oloyede mentioned that the cut-off mark by JAMB is only a threshold below which no institution can admit candidates.
Institutions have the right to determine their own general cut-off marks and departmental cut-off marks. However these cut-off marks must not be below the JAMB's minimum cut-off marks.
Explaining the responsibility of JAMB, Prof. Oloyede said "JAMB is not an examination body rather it is a ranking body. If there are enough spaces in the tertiary institutions there may not be need for UTME."
“JAMB is a screening body to rank already qualified candidates. It is a coordinating and clearing house and hence not a pass or fail exam" he noted.
Oloyede who asserted that Nigeria has the same admission process with countries like China, Iran, Republic of Georgia, Spain and Turkey, stated that the newly introduced Central Processing System, will ensure that every UTME candidate got fair treatment in the admission process, prevent "back door" admission by many institutions and make it easier to track and manage the admission process by all parties involved.
Other Key Points To Note
Candidates must upload their O'level and A'level (Direct Entry) results before they can be considered for admission.
The Central Admission Processing System makes it possible for JAMB to confirm/verify results uploaded by candidates from various examination bodies like NECO, WAEC and NABTEB.
In the Central Admission Processing System, institutions will login to their respective dashboards and set their admission criteria and equally set the percentage weight for each of the admission criteria.
The Central Processing System will calculate and rank the aggregate, composite or effective score of each candidate that applied to a particular school based on the admission criteria settings of the institution.
A proposed admission list would now be made available by the system which the school admission officer is to download and send to all the principal officers of the school for approval. If the school rejects a candidate on the list, a reason has to be given.
With the approval of the list, the final list of candidates is re-uploaded on JAMB portal. JAMB will now notified the candidates on the list of their admission.
Candidates are to either accept or reject the admission withing 72 hours (3 days).
If you reject the admission, your profile and details becomes available in the market place for other institutions that can accept the qualification you have for the course you intend to study to offer you admission.
Once a candidate accepts his or her admission. Such candidate no longer has the privilege to reject the admission and be scouted by other institutions in the market place.

Title : Summary of JAMB CAPS Sensitization Programme And Key Points To Note
Description : The Joint Admission and Matriculation Board (JAMB) has revealed in the just concluded sensitization programme on CAPS that apart from ...
Rating : 5
Related Posts: Admissions, News