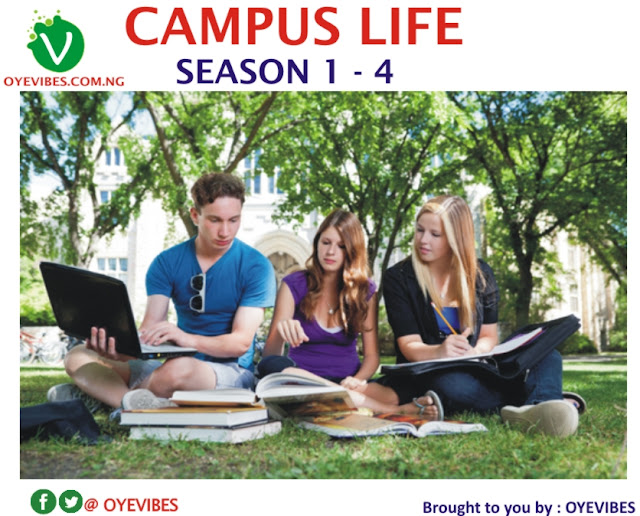 CAMPUS LIFE
EPISODE 3
So Funmi gave Lawal her picture to use for the applied arts and told her to use it in 3 days time, so she could collect it back. Lawal collected it and promised to give her in 3 days time.Lawal then went out, Funmi was now confused and afraid of Lawal, she tried to figure out a plan in case Lawal goes to report. She then called those boys torturing Nike to send two boys to block a girl called Lawal in which she gave them her description and cloth she wore. Luckily for Lawal, she had escaped to her father's house before those guys could get her.
Lawal presented the picture to her father and her father told her to wait for 2 hours here and that within that time, Funmi would Confess all she did and then die a shameful death. After 2 hours, she left her father's house, she heard that Funmi had Confessed all her secrets before she passed on in which the whole school had been totally terrified that such a thing could happen through Funmi, whom is the Evangelism Secretary of the main fellowship of the University of Lagos. Funmi's corpse was been taken to her parents house.
Then since Funmi had confessed, the policemen had gone to the hideout described by Funmi to release Nike and also released Joseph from the prison yard.
The Honourable was sad that all that happened was plotted by Funmi and at the same time happy that he found his daughter alive. So, he took Nike and Joseph for checkup at the hospital and since it happened to be holiday, they both had a good rest from all the troubles.The Honourable seeing that Joseph is a nice person and not wicked, gave Joseph his daughter for marriage and also gave him a brand new car stating that they should trust themselves, read and study well as this was the beginning of first semester, 200 level for the both of them. The honourable was so happy that he met with Joseph's parents to apologise to them for all the troubles and also took them as his friend and family and blessed them with Nice cars and a lot of money, being a Politician and an Honourable.
So Joseph and Lawal resumed lecture again as it is the beginning of a new semester, 200 level for them. So they were both happy and glad that even though there were troubles, they were back again and their families are now friends together.
Lawal seeing the both of them, Joseph and Lawal was not happy, and she quickly remembered that she had to get her picture or her mother's name for her to run mad so she could have Joseph all to herself.
Watch out for Episode 4.......
The stage is set for another battle, the two lovers had to win again......
Watch out....................
Comment "Continue"

Title : CAMPUS LIFE - SEASON 2 [EP 3]
Description : CAMPUS LIFE EPISODE 3   So Funmi gave Lawal her picture to use for the applied arts and told her to use it in 3 days time, so she cou...
Rating : 5
Related Posts: Stories and Funny Tales