Must SEE: 20-year-old FUTO Student Apprehended For Killing Her ex-boyfriend 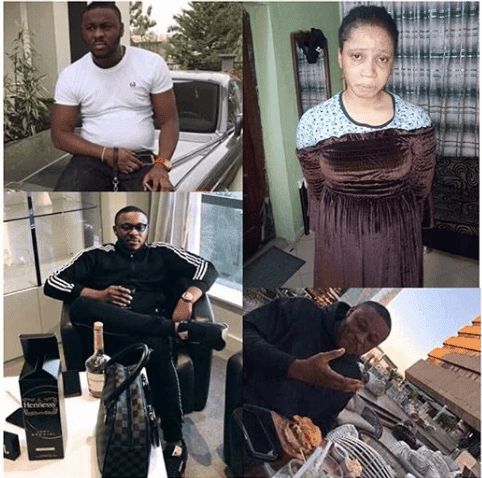 A 20-year-old student identified as Chitere Okoronkwom has been reportedly arrested following the death of her ex-boyfriend, a 24-years-old final year student of the department of Biotechnology, Federal University of Technology, Owerri, Imo State.
According to reports OYEVIBES got, the deceased was shot dead while returning from a test by his ex-girlfriend. The suspect was napped by men of the special Anti-Robbery Squad of the Imo State Police Command on Monday, she confessed to the assignation of her ex that took place on August 8, 2018. It was gathered that she demanded for compensation after their relationship got sour and ended.
It was reported that the suspect threatened the deceased and demanded for a ransom, following the death threat, the deceased paid a sum of N1.8m for her shop rent and N2m for interior decorations of the shop. Not long after, the suspect demanded for another N3m, which the deceased gave through his lawyer. However, before the money was reportedly handed over to the suspect, the deceased was murdered inside his Mercedes SUV.
Following the news of his death, the suspect fled to South Africa. The suspect has allegedly confessed to the police that she wanted the victim dead due to their misunderstanding.

Title : Must SEE: 20-year-old FUTO Student Apprehended For Killing Her ex-boyfriend
Description : A 20-year-old student identified as Chitere Okoronkwom has been reportedly arrested following the death of her ex-boyfriend, a 24-years...
Rating : 5
Related Posts: News

0 Response to "Must SEE: 20-year-old FUTO Student Apprehended For Killing Her ex-boyfriend"