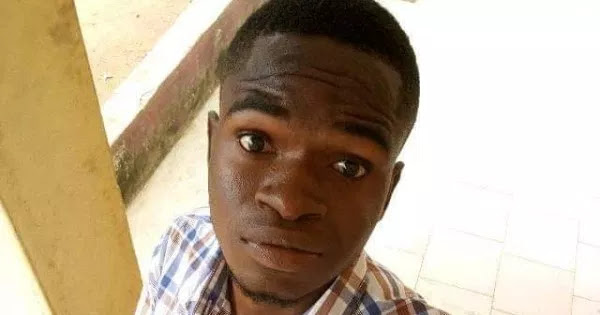 Olugbeje Promise has Finally Reveals a FULL Details About the Alleged 1.8 Million Naira MisManagement.
There has been lot of controversial message about fundm Mismanagement concerning how the 2018/19 Fresher’s Night was handled from the Office of Social Director of the Fuoye StudentUnion Government.From Our Source,We got a comprehensive detail from the Social Director himself about the alleged 1.8 Million Naira
Mismanagement.Here is the full detail for your perusal.
Greetings to you all. It is no longer a news in the University
Community that the entire student populace have in one Voice raised up so much alarm about how the sum of one Million Naira was spent for Artiste in the just concluded MrandMissFresher/Fresher’s Night .
I’ll want to tender a sincere apology to the Nigerian student in the delay of releasing this detailed information. And it’s just due to the fact that I’ve not been stable for a while due to
academic works (Project, field Trip e.t.c).
What Transpired to Bringing of CKAY The sum of 1M Naira
was approved by the SRC Finance Committee specially for guest Artiste.
We initially planned on bringing down Mr Incredible (MI,Chocolate city President) to grace up our Freshers Night, but due to the fact that the money was been disbursed very late to me just 48 hours to the event, we failed to secure MI as his Manager already informed us that he has been booked already to perform In a show in Rivers State .The Tour Manager went ahead to inform us that most Top
Artiste have been booked already, but gave us the only option
which was CKAY. He said CKAY is currently undergoing a campus tour and he that he will be coming alongside with
some fast rising Acts in the industry such as BHARY JAY,LYTA, TCLASSIC, LILFROSH, BLAQBONEZ, CANDY .
A confirmation video was Also sent by CKAY alongside Instagram, which went further to show a proof that he will be
coming alongside this Top Notch Acts. This raised our hopes and payment was duely carried out and Artiste Logistics as
well. “This lineup is invariably better off than having MI. A protocol officer was sent by the Union President to follow-up as well.

We got a little bit disappointed as not all the Artiste Listed showed up. TCLASSIC, LILFROSH, LYTA, BHARY JAY where
all absent. Only CKAY Alongside CANDY, BLAQBONEZ AND CAMEEY, including their DJs, Managers, Camera Man and Person Security.
Transaction Details
NB: The Transaction was carried out with the TOUR MANAGER FOR CKAY. Because the Tour Manager is usually the one in charge of the Artiste Tour movement to Schools especially
Higher Institutions.
Artiste Payment: N 600,000
Artiste Transportation: N 100,000
Artiste Accommodation and Feeding: N N100,000
Total Expenditure for Artiste N 800, 000
The ₦100,000 given to the SRC speaker and Principal Officers was from the budget. And it was the reason why the Artiste Part from the budget was Approved. Initially the Part of the
Artiste was to be scrapped out, but after much dialogue and plead  with the Principal Officers and finance Committee, they came to a conclusion that they should be given the sum of N100,000 from the entire budget as a means of showing appreciation in fastracking the budget despite the short time frame.
NB: The ₦100,000 has already been returned back by the SRC members on friday evening 17/05/2019, as the Whole House has decided to return back the MONEY! And the ₦100,000 has
been duly returned back to the Union Purse through the Treasurer, with the Financial secretary Duly informed alongside too!
The Sum of ₦50,000 was used as Transportation and Logistics
in travelling down to Lagos for the payment of Artiste. We Left OYE on Tuesday, 2nd April at 10:05pm. We travelled to Lagos Over Night. Came back on Wednesday night at about 11:15pm.On Friday early Morning at about 5:00AM again, I had to send the Protocol Officer and a committee member to go to AKURE to sort for Transportation of the Artistes of which didn’t work out, so they had to go down to IBADAN that same day to finally
secure the Artiste Transportation issue.
They then came down to Ado to secure the Accommodation of the Artiste too as well, before coming down to OYE that night to
join up the event Midway! of which the Union President was fully in the known of this Movement. The last #50,000 was added back to the remaining budget expenses of #246,000 in running the cost of the whole event.
Below is the breakdown of how the ₦ 296,000 was spent:
SOUND SYSTEM ₦40,000
DJ ₦20,000
DECORATION ₦30,000
LIGHTENING ₦35,000
JUDGES ₦30,000
SECURITY/CADET ₦25,000
TICKET PRINTING ₦8000
GRAPHICS DESIGN ₦20,000
BANNERS ₦12,000
BACKDROP ₦11,000
HOST/ MC ₦20,000
SASH AND CROWN ₦25,000
CAMP LUNCH ₦8000
CARD/ DATA ₦4000
LOGISTICS ₦8000
TOTAL ₦ 296,000.00
The Money meant for the winners, MrandmissFresher’19
(MMFF) which was already to be part of the Socials Budget
was removed and added to the welfare Directors Budget by the
President. It was two (2) weeks after the Fresher’s Night that
the MMFF money was paid out from the ticket money handled
by the AGS as directed by the Union President.